Soldier, Soldier, Off to War 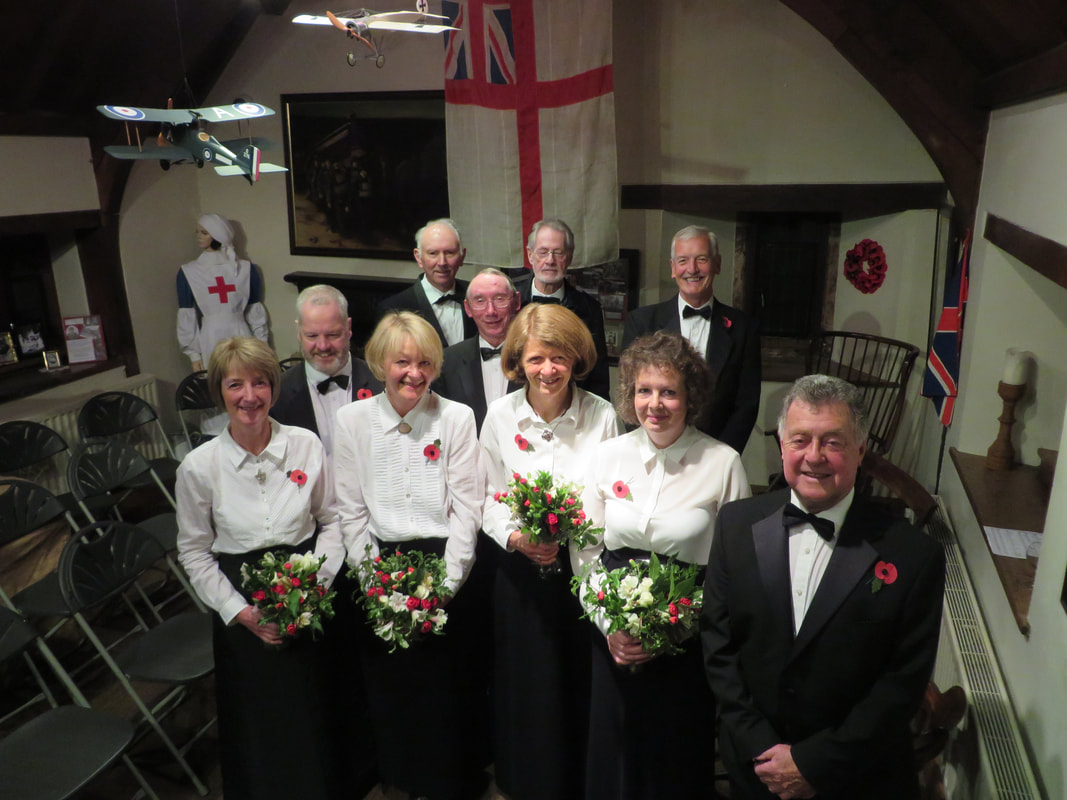 The audience in Dovery Manor Museum, Porlock, were welcomed with wine and canapés in the Great Hall before gathering in the museum’s atmospheric solar, amidst guns, flags and reminders of WW1, to the haunting strains of ‘In Flanders Fields’ played by Stephanie Blake on her flute. Bill Ball welcomed everyone before Nigel Greenwood set the scene of Porlock in the build-up to the Great War and the young men from the village who went to fight. Tony Richards then read the names of the 24 young men who did not return to their families, their friends or their village.

A selection of poignant poems, both familiar and less well known, from Rupert Brooke. Housman and Kipling to Gregg Goddard, R.A. Hopwood and W.W.Gibson, were sensitively and sympathetically read by the acclaimed Museum Players: Chris de Vere Hunt, Penny Kelham, John Thorne, Mark Palmer and Christine Greenwood. Interspersed were stories and moving accounts of the lives of local men who served, such as George Stuckey, Noah Pollard and Edgar Perkins, and delightful medleys of war time songs sung by Chris de Vere Hunt and Bill Ball with enthusiastic participation by the audience.

John Thorne and Nigel Greenwood brought the conflicting interpretations of life in the trenches alive in an emotional duologue of what the Officers SAID was happening and what the Privates KNEW was happening. Stephanie’s final flute piece was The Last Post, commemorating the war dead, before Gordon Kidd reminded the audience of those left behind with a fine rendition of ‘Keep the Home Fires Burning’. The evening’s entertainment was brought to a close as everyone was encouraged to depart in good spirits and to ‘Pack up their Troubles.’ The audience and cast exchanged reminiscences over coffee and chocolates.

The stories, information and poetry were collected, compiled and written by Lita Strampp and John Thorne, the props were provided by The Blue Violin Company,the costumes created by Marjorie Steeds and Fiona Plumstead was in charge of refreshments.

The evening complemented the museum’s WW1 exhibition ‘Silent Stations for the Fight’, which will continue through the summer of 2014, the hundredth anniversary of the Great War, when it will reflect the later years of the conflict and the Armistice.