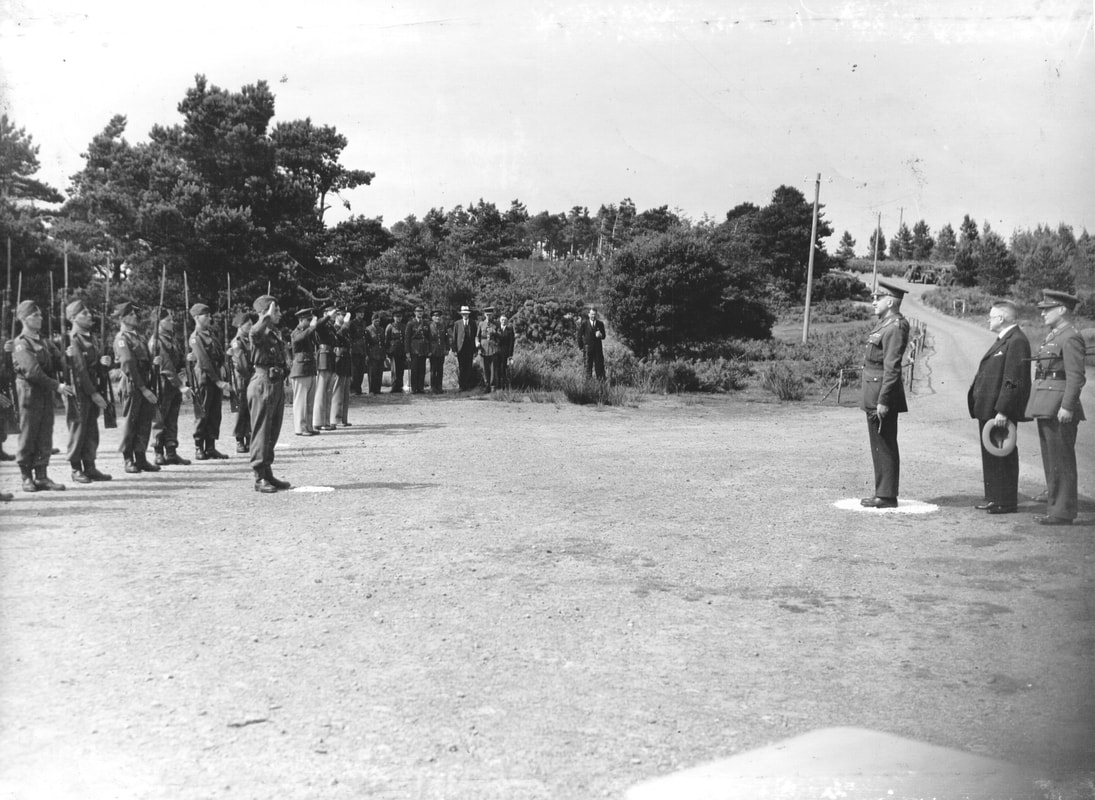 A parade at the Webber's Post anti aircraft battery. 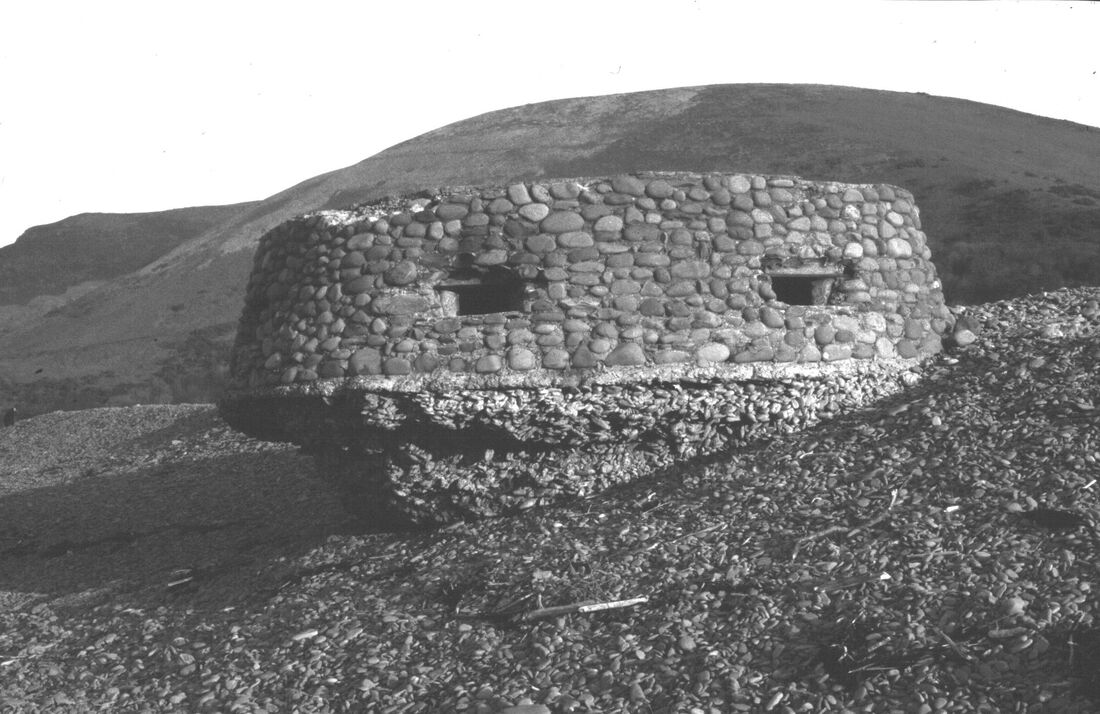 The 'pill box' on Bossington Beach.
There were extensive military operations in the district, which built up considerably as Allied forces prepared for the D-Day landings. There is, however, little published detail, as these operations were subject to wartime censorship.

Perhaps the first military presence in the area was the arrival of the Royal Pioneer Corps, specialising in light engineering projects, to oversee the construction of the defensive gun positions along the coastline, the distinctive ‘pill boxes’ still present at Porlock Weir and along the Bossington pebble ridge. Miles of coiled barbed wire were laid along the coastline and inland, seven feet high poles were driven into the fields to prevent enemy gliders landing.


The first British troops to be based in Porlock arrived soon after the evacuation from Dunkirk in June 1940. The 58th Company of the Royal Engineers were specialists in chemical warfare; those in the ranks were billeted in the Tannery whilst the officers stayed in local boarding houses. They trained on Exmoor, experimenting with gas shells fired from rocket launchers mounted on the back of lorries.

The Royal Engineers proved to be the advanced guard of an increased military presence in the area. Much of Exmoor was used as a firing range for guns and mortars, and large areas were permanently closed off to civilians.  This culminated in the development of North Hill as a tank firing range, with dummy tanks moving on rails on the side of Selworthy Hill. The sound of gunfire regularly echoed over the village.

On the moor, anti-aircraft and searchlight batteries were established at Culbone and Webber’s Post. The RAF positioned a small detachment near Yearnor Farm, about which nothing was known at the time. After the war, it was learned that they were using radar to detect enemy planes.

The military became part of village life, and especially part of its weekend entertainment. Concerts and dances were arranged in the village hall, often with military bands providing the music. Relationships were formed, sometimes for life.

In 1943, the military presence in the area was swollen by the arrival of American troops. Locally most were based up on Exmoor, centred around Dulverton, though some GIs were billeted in the Tannery. Jeeps and four-wheel drive vehicles clogged the country lanes. As D-Day approached, their numbers grew and the training became ever more intense.

There had always been the threat of German submarines in the Bristol Channel. As early as January 1940, villagers witnessed an enormous cloud of smoke billowing west of Porlock Weir. An oil tanker, the Inverdargle, bringing aviation spirit from Trinidad to Avonmouth, had been torpedoed off Glenthorne with the loss of all 45 members of her crew.

In June 1944, however, in advance of D-Day, villagers saw a more encouraging sight at sea; large pontoons were being towed down the channel to construct the Mulberry harbours in readiness for the Allied invasion of Normandy.