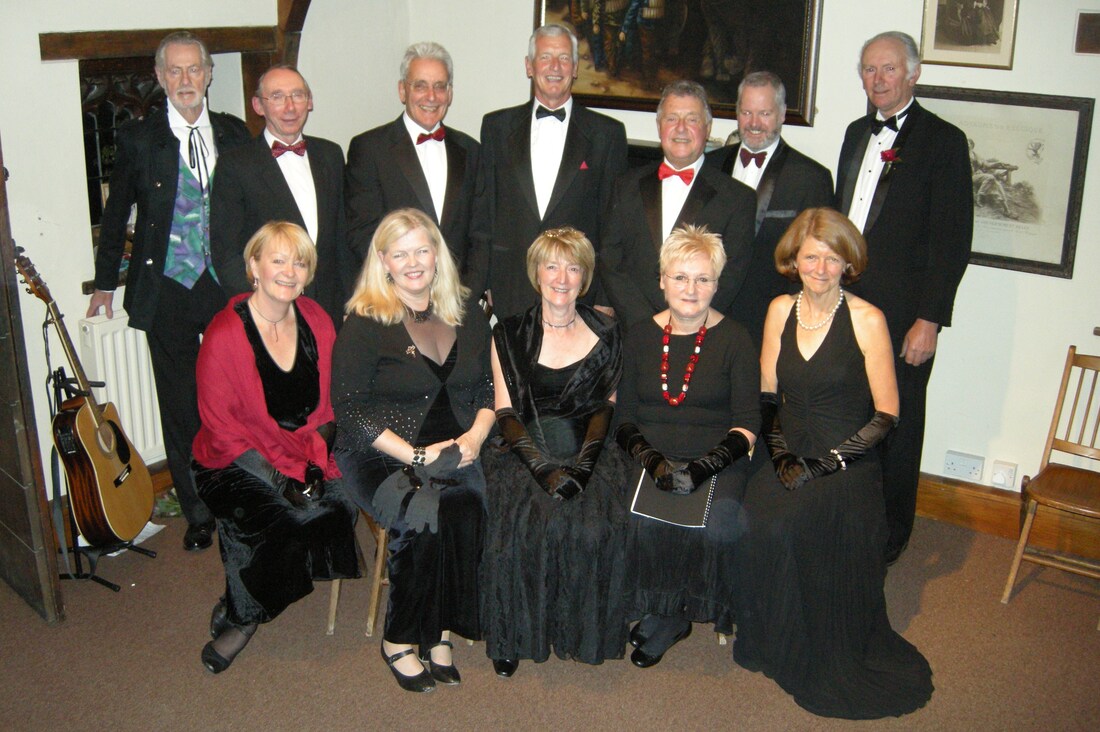 The celebrated Museum Players of Dovery Manor Museum, Porlock delighted their audience with local memories, stories and music during performances of ‘I Remember When’.

To open the evening's entertainment, Master of Ceremonies (John Hill) asked the audience to read aloud 'historical snippets' to help them remember when life was a little different in Porlock. After this members of the cast read a selection of humorous and poignant stories compiled from village letters, diaries, memories and records with empathy and skill. Penny Kelham painted a splendid picture of the wonderful festivities and tea party to celebrate the Diamond Jubilee of Queen Victoria’s reign in 1897. John Thorne then gave a hilarious account of the church choir singing an anthem to celebrate the jubilee before Mark Palmer, Tony Richards and Penny Kelham changed the mood with poignant accounts and poems of lives affected by the First World War. A rousing rendition of ‘Keep the Home Fires Burning’ from Gordon Kidd then raised the spirits. Nigel and Christine Greenwood read movingly about mothers and fathers before the peaceful atmosphere in the Solar was interrupted by Bill Ball’s shocking account of the murder of Tacker Pugsley in Parson’s Street in 1914. Edith Tucker (Chris de Vere Hunt) and Ada Richards (Penny Kelham) soon had the audience laughing again with stories of life on Exmoor farms. Mark Palmer, Nigel Greenwood and Bill Ball recounted chilling tales of WW2 and happenings in Porlock prior to John Thorne, John and Jane Hill amusing with stories of cows and cream teas.

Chris de Vere Hunt and Bill Ball entertained with delightful singing of ‘We’ll meet again’, ‘Fool such as I’, ‘Lipstick on your collar’ and ‘Dream, dream, dream’ introducing the period 1945 – 1960 which was illustrated with charmingly read accounts of Tony Richards, Marjorie Steeds and John Hammonds’ stories. A portrayal of childhood in the 1950s completed a most entertaining performance before the audience were treated to coffee and chocolates before they stepped out into present-day Porlock.

The entertainment was researched, written and directed by Lita Strampp and John Thorne. Props were provided by The Blue Violin Company and costumes by Marjorie Steeds.
Dovery Manor Museum © 2018  All rights reserved.
Registered Charity Number 1079760